Duo testifies in court about murder of money lender 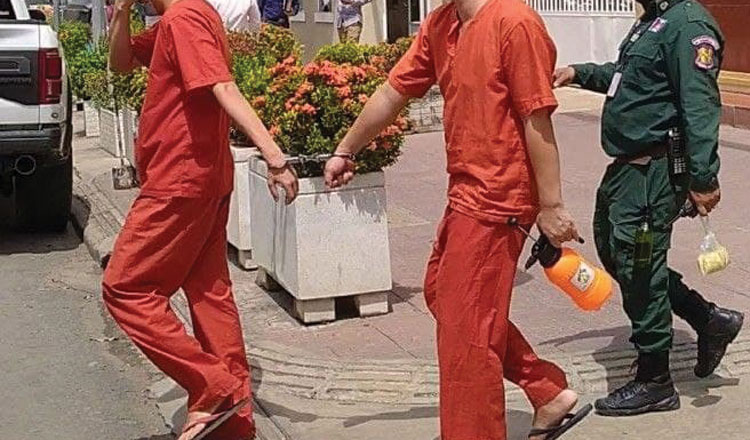 Phnom Penh City Court yesterday heard the case of two men accused of murdering a businessman who loaned them $ 300,000.

The murder took place around 12:30 p.m. on December 17, 2020 on a quiet road in Phloeung Chhes Rotes commune in Kamboul district.

He said both were charged with “complicity in murder and unauthorized possession of a weapon” under articles 29, 199 and 490 of the Criminal Code. They each face up to 15 years in prison.

He said that in 2019, Hengsambo borrowed $ 300,000 from the victim to expand his real estate business. In 2020, when the victim asked for his money, Hengsambo had no money to pay him back so he borrowed a gun from Sithol, who was then a military officer. They were both arrested on December 19, 2020.

During his hearing yesterday, Hengsambo admitted to having committed the offense, claiming that he was the only one to have killed the victim.

“I borrowed the weapon from Sithol to kill him. I killed him because I was angry with him for always threatening to report me to the police and have me arrested for debt, ”he confessed, asking the court to reduce his sentence.

While Sithol confessed to loaning his pistol to Hengsambo, he claimed he was unaware of his friend’s intention to kill the victim. Sithol asked the court to drop his charges and release him from prison.

The verdict is due on February 11.